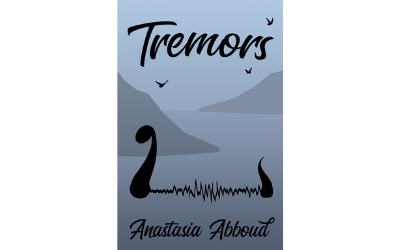 Welcome to Week 6 of Medieval Monday! In case you missed our previous posts, fourteen medieval romance authors are sharing a “First Kiss” scene from one of our books. We’ll post our scenes in small excerpts from now until May 10, with plenty of links so you can catch up whenever you join us.

Our snippet this week is from Anastasia Abboud’s wonderful time-travel romance, Tremors. We’re picking up this week in the middle of a deep conversation that’s headed in the right direction ;). Enjoy!

Scene set-up: Lachlann and Deidre have spent the day at the Texas Renaissance Festival. More a medieval fair than anything else, it unexpectedly forced traumatic memories upon Lachlann that he wasn’t prepared to deal with. Of course, he can’t explain that to Deidre.

“Why bother with what?”

“With anything? Why bother with life?”

Her brow furrowed. “But… life is a gift.”

“I don’t know what you’ve been through,” she murmured as they reached her car. “But you can’t let it steal your peace.”

Follow along next week on Cathy MaCrae’s blog: https://www.cathymacraeauthor.com/bits-n-bobs-author-blog

In the infinite vastness of time – past, present, future, past – love would prevail.

A Norse farmer crashes into this century from fourteenth-century Scotland. How did it happen? Why did he escape the plague when the rest of his family died? He should have died with them.

Three years later, Lachlann is no closer to the truth. His body has healed. He has a job and a place to lay his head at night. He has even learned a little modern English. If he could just figure out how to go back, he might be able to save his family, save his son. But he still can’t read, is still tormented by throbbing headaches and nightmares. Maybe he died after all. Maybe he’s in hell.

But would there be an angel in hell?

Deidre became a medieval history professor because of a treasured family heirloom, the medieval drawing of a farmer that she loved since childhood. Too bad she couldn’t have married him instead of the lying, vicious cheat who had almost ruined her life. Almost.

With a new life in a new city, she has moved forward. She doesn’t need anyone, especially a man. But she can’t seem to ignore her new neighbor, a gorgeous giant with a strange accent, haunted eyes, and a shocking resemblance to her medieval ploughman.

How can she erase the tormented look in his eyes? If only he would confide in her.

But is she prepared to do the same? To explain how she lost everything – her job, her family, her self-respect – because of her own, poor choices?

And why does she have the feeling that she could lose it all again?